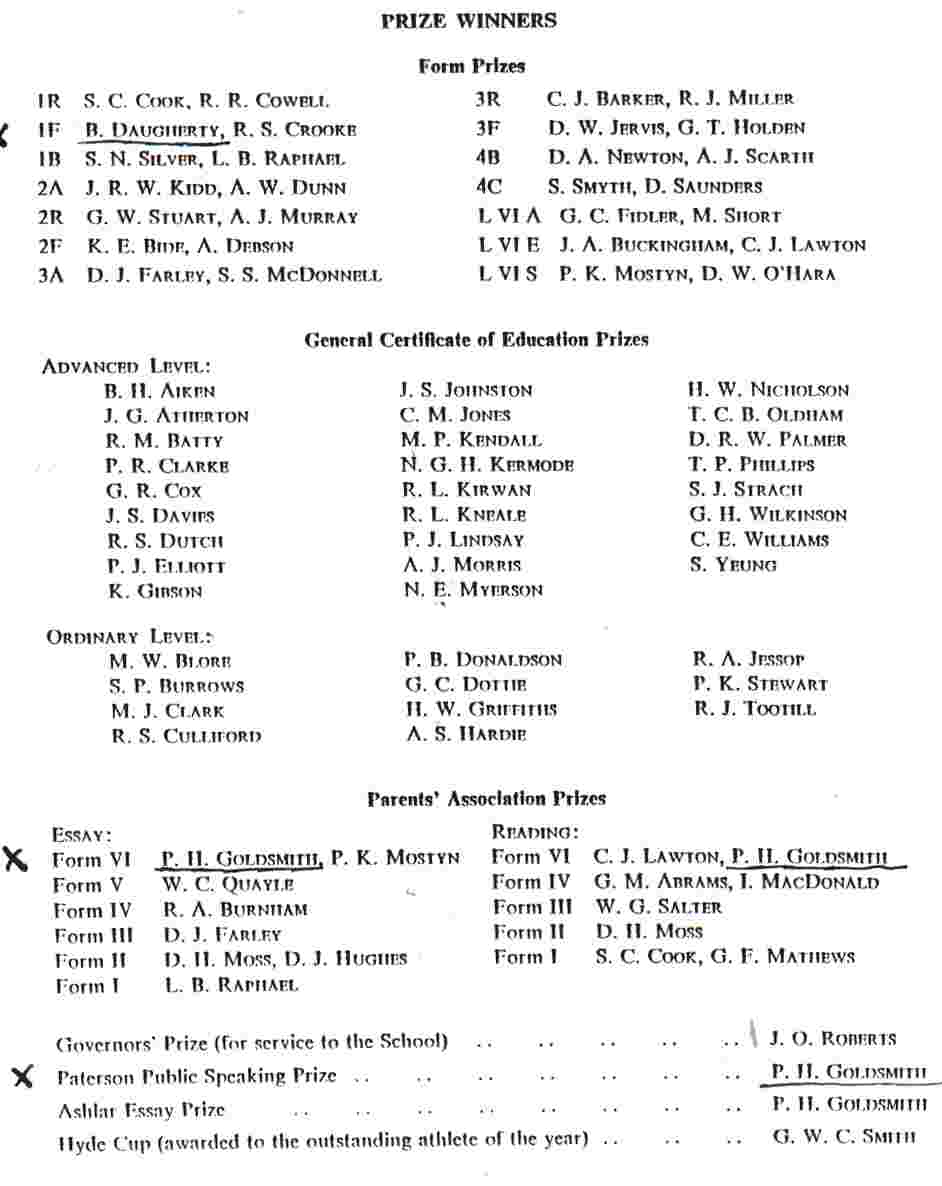 The list also contains a later member of the British Government

Details of first year results from Riversdale College, Liverpool 19 (I left after this first year to go to University) 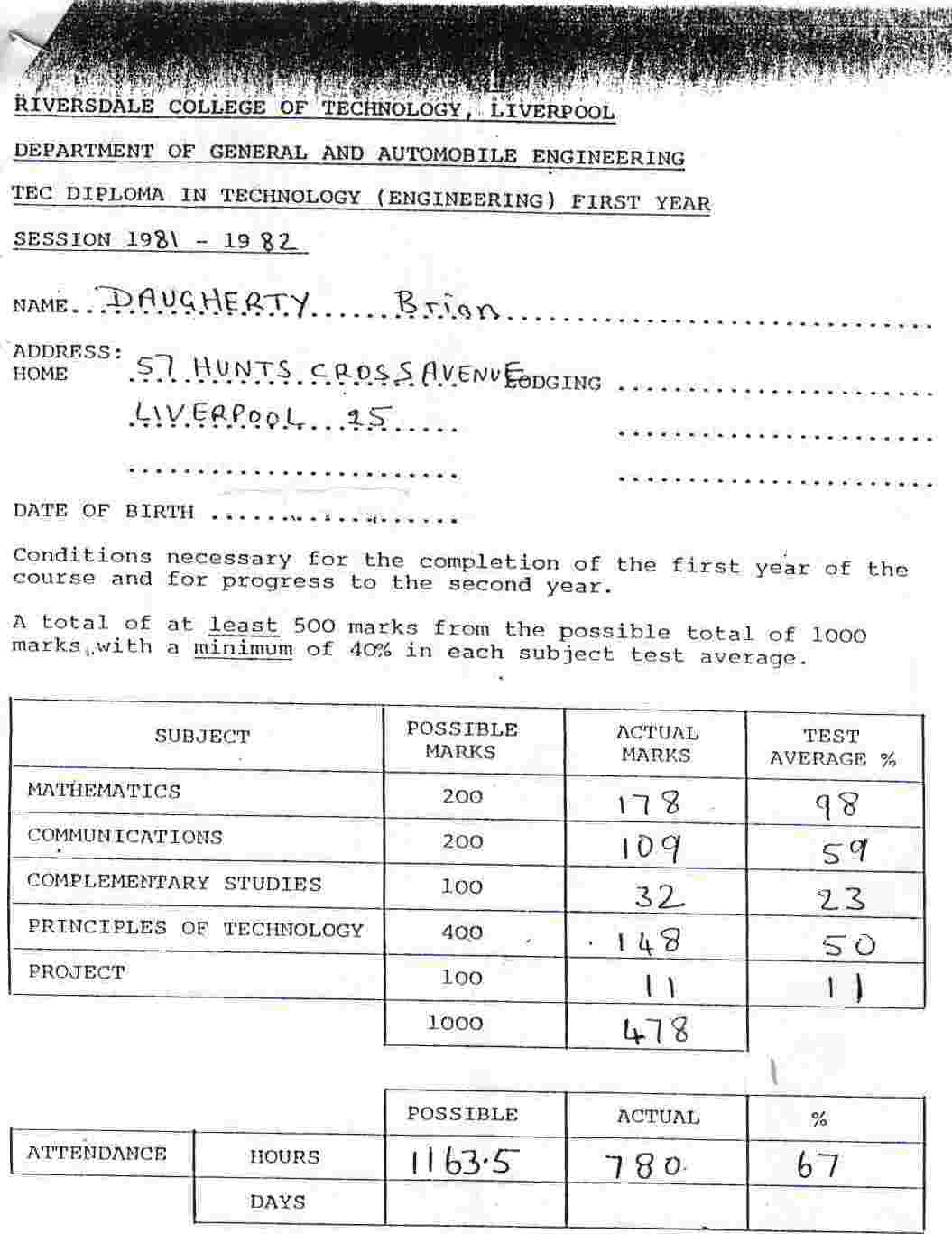 Simultaneous with my first-year exams (as above), I sit A-Levels as well (which are supposed to require 2 years of study)

I received an unconditional offer from Coventry Polytechnic early on, thus allowing me to concentrate more on these A-levels, as opposed to TEC Technology studies

When the A-Level exams and TEC exams clashed, then I did not attend the TEC exams

Letter from Polytechnic of Wales, received shortly before the exams telling me that I would be excluded if I didn't pay up (this was not considered in any way to be an extenuating circumstance viz-a-viz exam results) 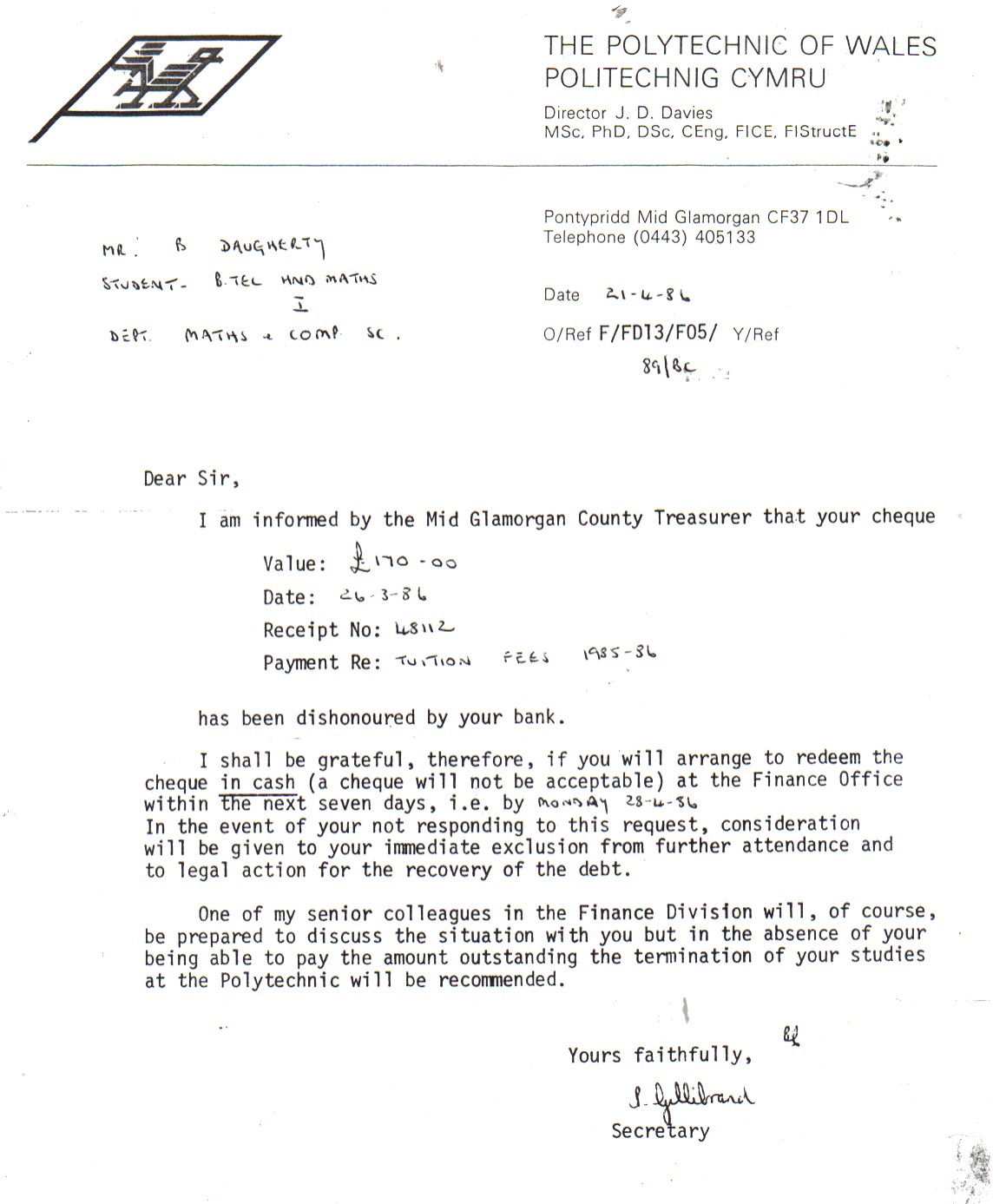 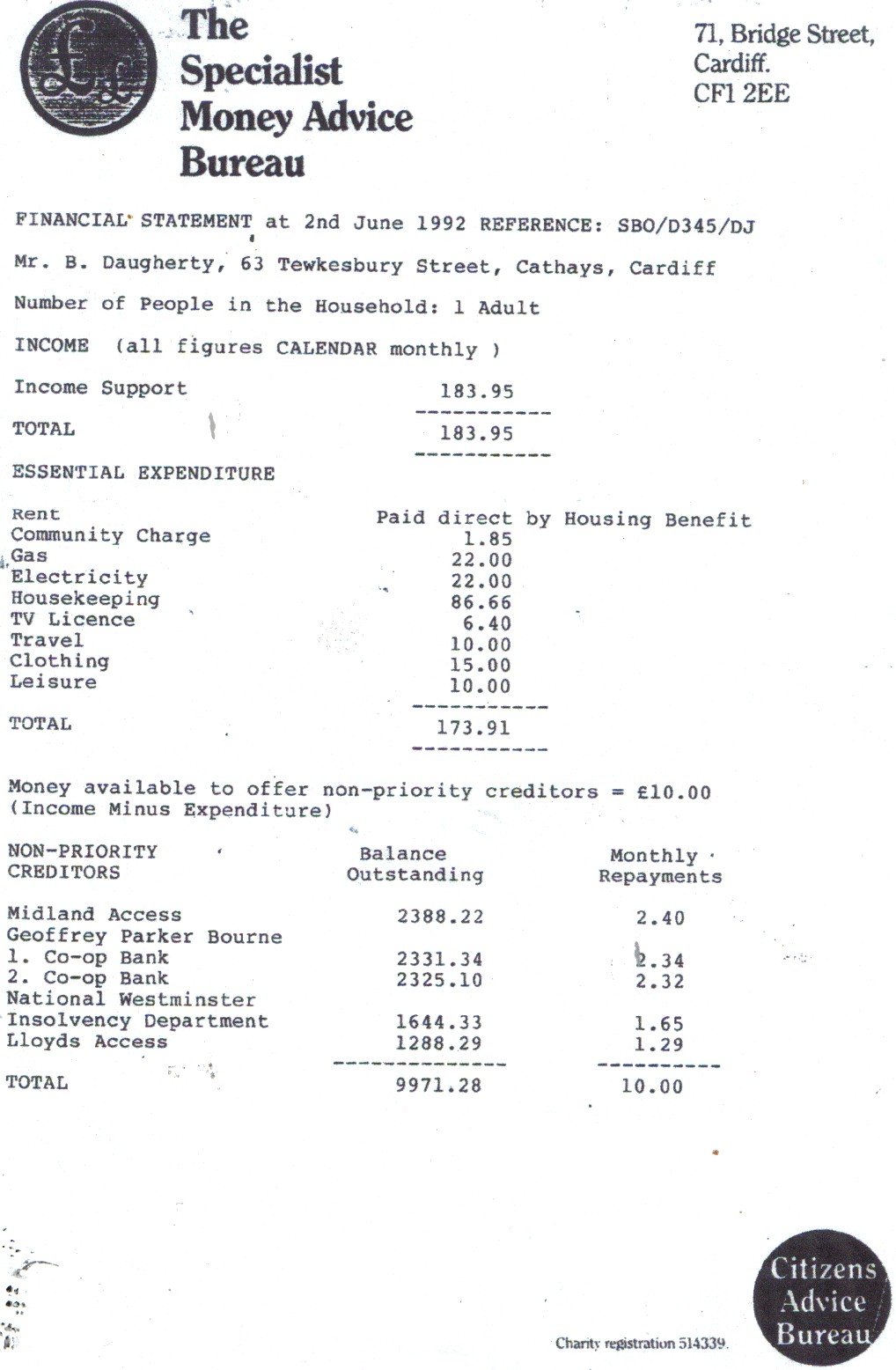